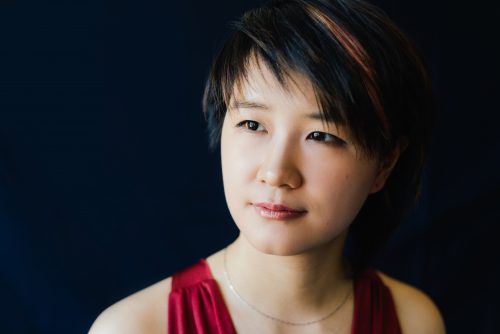 Born in the coastal city of Qingdao, in the province of Shandong, China in 1988, Meng Su demonstrated her artistic gifts as an exceptionally talented guitarist from an early age.

Embarking on an exciting guitar career as one of the most outstanding guitarists of her generation, Meng Su began her training in classical guitar with renowned Professor Chen Zhi at the age of nine, where she quickly began attracting attention as a remarkable young talent. Before graduating from the High School of the Central Conservatory of Music of China in 2006, Ms. Su had already won many awards, including the 5th Vienna Youth Guitar Competition, the 48th Tokyo International Guitar Competition, the Christopher Parkening Young Guitarist Competition, and the 2nd Iserlohn International Guitar Competition in Germany.

As a performing artist, she has performed solo, duo, and quartet concerts across the United States, United Kingdom, Canada, Austria, Germany, Holland, Ireland, Finland, Croatia, Korea, Japan, and China, in which she has impressed audiences with an ability and artistry that exceeds her years.

Ms. Su performs regularly in chamber music setting, both with orchestras as a soloist, this past season she performed the Concierto de Aranjuez by Joaquin Rodrigo and Osvaldo Golijov’s Ayre for a chamber music ensemble.

Meng Su obtained her Performer’s Certificate and the Graduate Performer’s Diploma from Peabody Conservatory in Baltimore, USA, and is currently continuing her studies with guitar virtuoso Manuel Barrueco in the chamber music program.

Ms. Su’s discography includes a live CD and DVD release of a 2005 guitar concert in Korea as well as a release of “Four Angels.”