A Musical Journey of the Influences that Created Texas Music. 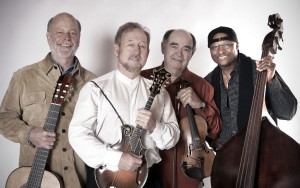 The Allegro Guitar Series and other Special Events are just the tip of what we do at the Guitar Society. We also perform outreach programs for children in the Fort Worth ISD and in neighboring school districts throughout Tarrant County. We also provide teaching programs at local schools.

“Texas Tapestry, a Musical Journey” traces the influences various groups have brought to Texas over a period of 500 years and the influence Texas musicians are now having on the rest of the world. The historical and geographically rich script was co-written by Madeline Myers and Christopher McGuire. Performers in the program are NEA National Heritage Fellowship Honoree, Jim “Texas Shorty” Chancelor; Winfield Banjo Champion, Gerald Jones; jazz and classical bassist George Anderson and FWCGS Artistic Director, Christopher McGuire.

A Gypsy Family’s Journey From India to Spain

The Allegro Guitar Quartet (AGQ) performs “From Ragas to Riches,” a program for elementary school children that traces the plight of the Gitano (or Rom) people from northern India to Spain. The students hear musical influences the Gypsies carried with them and some they picked up along their way from India to Spain. All at once they receive lessons in music, history, various cultures and geography. We introduce students to the sitar, mandolin, hammered and mountain dulcimers, lute, violin and several kinds of guitars. AGQ performers are Gerald Jones, Polly Maynard, Christopher McGuire and Jan Ryberg.

Our story begins in India with young Roshan playing his Sitar for the Great Raja. Roshan is very skilled at the Sitar. By bending and wiggling the notes of his music he can make his pet snake dance, swaying first this way and then that way. But then comes the Raja’s imperial flute player, Akmed, who says, “No, you’re doing it all wrong.” A musical duel ensues. The snake becomes very confused and upset, jumps from his basket and bites the Raja on the nose. Akmed cries, “The Gypsies have killed the Raja.” Roshan and his family must flee very quickly, leaving all their possessions behind, including Roshan’s beloved Sitar. Thus begins a three hundred year odyssey through Europe and Africa that brings the Gypsies, along with the Arabs and Jews, to Spain where they create the exciting music we call Flamenco!

“From Ragas to Riches” introduces students to the sitar, mandolin, hammered and mountain dulcimers, lute, violin and several kinds of guitars.

Christopher McGuire will inspire your students with stories of his childhood and how he came to realize he could do, “pretty much anything I saw another human doing as long as I was willing to practice.” Rather than merely showing students how they might become musicians, he shows them how, in our country, they can become anything they are willing to work for. He explains to them, “You are here in school to practice becoming the best you that you can be.” McGuire also includes his now famous group chant: “I’m exercising my brain – to have more FREEDOM!” It’s a celebration of the limitless possibilities of growing up and being educated in the United States of America.

CHRISTOPHER MCGUIRE (guitar) hasperformed hundreds of acclaimed concerts on five continents.  He has been invited as a guest with orchestras and prestigious chamber ensembles and composes for his music group, D’Accord.  He commands many expressive qualities of the guitar with what one critic called “unselfconscious intensity.”  His engaging performance style invites people of all ages to feel they are taking part not just taking a seat.  Audiences and critics on four continents fulfill the prediction by Andrés Segovia that “he will be appreciated and applauded everywhere…an artist, sensitive, with perfect technique.”  In addition to numerous television and radio appearances he was the subject of a half-hour show on Radio Shanghai of China (estimated audience in thirteen Asian countries: one billion).  He recently toured Venezuela performing and giving guitar workshops.  Most recently, he has been performing and teaching in Germany. ChristopherMcGuire.com

GERALD JONES, (banjo, mandolin, violin, and guitar) is a highly respected performer and studio musician, teacher and Mel Bay author.  In addition to his recording work with such notables as Vince Gill, Hank Thompson and Mark O’Connor, he is a two time National Banjo Champion.  His repertoire spans four centuries including works by Johann Sebastian Bach and Antonio Vivaldi to Dave Brubeck and the Beatles.  A multi-instrumentalist, he plays the guitar, banjo, mandolin, and violin with equal skill and flair. He has performed at the Bass Hall with the Fort Worth Ballet, Guitar on the Go, and his group Sgt. Pepper’s Lonely Bluegrass Band.  Mr. Jones conducts Acoustic Music Camp, a three-day event in the DFW area, with world-class instructors for across the nation and students from across the U.S. and several foreign countries. Gerald is also a featured instructor at many camps and workshops from Nashville to Washington State and in between.  “Gerald is a unique combination artist and technical expert.  His music is soulful and inspiring while his calm analytical mind unravel to most perplexing of technical mysteries.  His beautiful music, kooky sense of humor and incredible technical knowledge make him an incredible presence to encounter.”  Joe Carr, appeared in Banjo Newsletter. TheGeraldJones.com

GEORGE ANDERSON (bass)has a background in Gospel, Jazz, R & B /Funk, Rock, Country and Classical.  He has performed with many renowned artists including concerts with Ray Charles, Tony Bennett, Marvin Hamlisch, Chuck Berry, Joe Williams, The Coasters, Brook Benton, The Fifth Dimension, Doc Severensen, and Phillip Craig and Dean to name a few.  As a bassist, he has performed for several television specials including the ABC national TV broadcast of the Texas Sesquicentennial with Johnny Cash, Jimmy Dean, Fred Fender, B.J. Thomas, Jennifer Holliday and the Gatlin Brothers.  He also performed with Ella Fitzgerald on the Good Morning America Show.  Currently George is recognized as one of the busiest studio session bassists in the Dallas/Fort Worth Metroplex.   As a music producer, songwriter, composer/arranger he has worked with pop, rock, jazz and Christian artists.  “FACES” is the title of the first solo project that George has released. TheGeorgeAnderson.com

Jim “Texas Shorty” Chancellor is a five-time Texas State Fiddle Champion and NEA National Heritage Fellow. He learned his music from the masters of the Texas style, such as Benny Thomasson, Eck Robertson, Norman and Vernon Solomon, and Major Franklin. Jim was born in 1943 in Dallas County, Texas, the fourth of five kids born to Bessie Lee and James “Jim Houston” Chancellor.  In the early years of his musical career (starting at the age of nine), he appeared on radio station KTER, of Terrell, Texas, with his brother – together they were the “Texas Al and Shorty Show,” with Jim playing mandolin. After meeting the great Benny Thomasson, Jim took up the fiddle, and has since won numerous contests, including the Texas State Fiddle Champion, the World’s Championship at Crockett, Texas (six times) and the Grand Masters in Nashville, TN.  In June 2004 Jim was named Senior Champion at the National Oldtime Fiddlers Contest in Weiser, Idaho. Jim has earned a place in the Texas Fiddlers Hall of Fame. Jim has taught at many nationally known camps including the Mark O’Connor/Berklee College of Music Summer Strings Program. The National Endowment for the Arts also honored Jim as a 2010 American Heritage Fellow. Jim traveled to Washington D.C. to receive his award at the Smithsonian and to perform. Jim wast the subject of the film “Texas Style“ by Alan Govenar . He also appeared on “To Tell the Truth.” Arts.gov

JAN RYBERG (guitar) has performed in the North Texas region for more than twenty years.  In addition to his busy performing and teaching schedule, he composes and arranges music for solo guitar and his group, The New Music Ensemble.  Mr. Ryberg holds a Masters Degree in music from Southern Methodist University and is on the faculty of the Northeast Campus of the Tarrant Community College District.  Additionally, he teaches at Richland College, the Renaissance School, and through the Childbloom Guitar Program. JanRyberg.com

POLLY MAYNARD (guitar) received her Bachelor’s and Master’s degrees in Classical Guitar Performance from UNT, where she taught for 10 years. Her interest in teachong young people about music led her to further her studies.  Polly is currently the Director of The Denton Childblooom Guitar Program, a music education program for children.  Polly has received numerous teaching commendations for her work with Childbloom, including the coveted “Master Teacher Award”,  granted to only one other person in the nation. Many of Polly’s students have gone on to professional careers in music, and the first National Childbloom Guitar Program Scholarship was awarded to one of her students. Polly’s students routinely earn outstanding scores at UIL solo & ensemble guitar competitions throughout their high school careers,  and win guitar competitions in college .

Polly is a regular performer with area outreach programs, introducing audiences to classical guitar, lute, and other early instruments. These performances are held in schools, senior centers, and special care facilities in the Dallas-Fort Worth area. These ‘informances’ are both entertaining and educational, bringing music to individuals who may have little contact with the arts.

Polly has written several one-woman music/theatre performance pieces including “From Here to Vermeer”; “The Reign in Spain: A Brief History of the Guitar from The Big Twang to the Present”; and “Anon! A Miss! : A History of Women in Music from 1400 – the Present”

She enjoys writing songs, and performing both as a soloist and with “Miss Polly and Her Tiny Big Band”,  a favorite group at area festivals.

Polly lives in Denton with her husband and their sweet twin girls. PollyMaynard.com